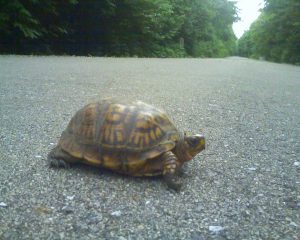 There's some real vitriol out there in "letter to the editor" land, especially here in Richmond. In the Palladium-Item, we like to play the game "How Many People Can You Insult in 300 Words or Less?" sometimes also known as "The Wheel of Not So Subtle Discrimination and Hate-mongering!" Today's contestant is Paul M. Yevcak who says that "hypocrisy proves middle name for liberal Democrats."

My response, posted in the forums (despite my better judgement):

It would be possible to debate some of Mr. Yevcak's points related to the role of the courts, the history and nuances of U.S. immigration policy, and the legal technicalities of the recent presidential intervention in the Libby case. But I'm not sure what purpose that would serve, since Mr. Yevcak seems intent not on having meaningful debate or dialogue, but just on disparaging and insulting a wide swath of people, essentially on the grounds that they don't agree with him about how the world should work. And of course, when that is someone's goal, you can't really have a meaningful conversation with them.

Whenever I see those kinds of comments, I'm always on the lookout for what sort of hope, what sort of ideological alternative the speaker has to offer us, so that the conversation can be about what's possible and what we want for the world and each other, instead of what's wrong with each other and why we should be afraid and hateful. Progress can certainly happen when we engage each other about the issues that are important to us, even when we disagree strongly, but I think it can only happen if we're open to the possibility of something new, something better, something greater than ourselves. If we're just here to insult each other's backgrounds, views, and lifestyles, then we've resigned ourselves, I think, to a life that does not at all honor what's possible or good in the world. We've decided that our differences are all that matter, and we lose out on what it means to be a part of humanity.

I look forward to future letters to the editor that have some positive vision to share, some sort of inclusive hope for the future and how to get there. Even if I have strong disagreements with the author's world-views, I know we can move past our initial tensions to have those conversations with respect and with an eye on the common good.

5 thoughts on “The haters are writing in, what are you doing?”