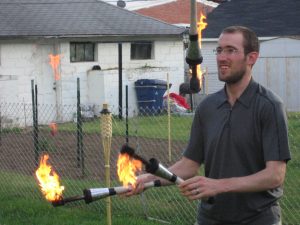 These numbers came into my inbox today:

(Sources: US Dept. of State; The End of Poverty; Congressional Research
Service)

When I was in College, where I learned that world-views which can be expressed on hip bumper stickers are the ones you really want to internalize and live by, I saw one that said "If you're not outraged, you're not paying attention." I really liked it at the time, because it highlighted the curious and nearly universal practice of going about our daily lives while really awful, horrible, disgusting things are happening all around us.

"Yeah," I thought, "people should be more angry! If they were, maybe they would do something about all the problems." And so when I thought about how to make a change in the world, I thought it meant making people aware of and outraged about all of the bad stuff happening, so that they would "do something."

It turns out, people generally know about the bad stuff happening, and we still generally make the same kinds of choices every day. It turns out that bad outcomes can happen despite the good intentions of good people. So I've figured out that just seeking to inspire outrage may not be the best or only approach (at least now that I'm out of College and have less taste for bumper stickers), even though I may still feel it deeply myself.

And yet, the numbers above are compelling. Our fascination with breaking and imprisoning non-human life is fascinating. Our unwillingness to take advantage of the mechanisms of democracy or defend the checks and balances of the same is compelling. Our ability to sidestep the underlying issues of population growth and pollution is fascinating. Our quest to send our children into twelve years of mind-numbing redundancy is amazing. And the list goes on. One starts to wonder what or who it might take for things to be different. One starts to wonder where the lines are. But it's never about wondering what external forces will swoop in to the rescue, because all of us have a part to play.

And so I keep paying attention. I write. I connect. I speak. I act. I create. I frame and re-frame. I question. I try to live out my values. I seek out others who do the same. It's not really enough, and never will be given what this version of humanity has wrought, but it's what there is for me, for now.

2 thoughts on “On being outraged and paying attention”