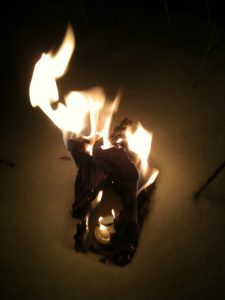 As a part of preparing to train and orient some new folks joining us at Summersault in the coming weeks, I've thought a lot about the different phases of engagement that I expect staff members to experience as a part of their integration into the life of the company.  The path looks something like this:

(It isn't always a linear progression; challenging and improving something often leads to resetting our engagement with it, returning to stages of trying to understand and observe.)

Another way to look at this journey is as one from being a passive participant to an active participant in the life of the company.  Businesses and organizations thrive when the people feel they are empowered, active agents of success.  Businesses and organizations stagnate or fail when the people are just passively waiting for things to happen, or don't know how to contribute.

I realized that movement from passive to active is not just something we do as a part of learning a new job.

It's a journey we're on in almost all parts of our lives; in meeting basic needs (understanding why shelter is important, observing how other people build shelters for themselves, finding or building our own), relationships (understanding our need for community, observing how other people get to know each other, making friends or starting to flirt, discerning if we're looking for a life partner and what qualities we want in one), and so on.  And just as businesses can thrive or stagnate based on how well those journeys are going, so can people. 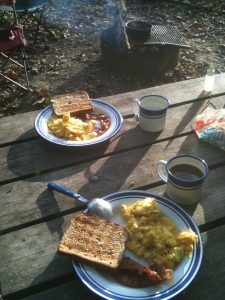 Based on my experiences in training staff and managing a small business, and just my own life experiences, I think many of us are challenged by the later phases in these journeys, the ones that actually mean stepping more fully into an active role.  We get stuck.  For some, it's a matter of fear or self-doubt.  For others, it's a cultural understanding that life is something that happens TO us, not something we go out and actively live.  For still others, its simply not having the resources, tools or experience to become an "agent" of our own successful journeys, or even to know what success looks like.

I notice this reluctance toward an active role most in our use of language, perhaps because that's where my own hesitancy and fears seem to be expressed.

When I don't really want to or know how to be an active participant in some particular journey, I'll use phrases like "sometime I'd be interested to work on that" or "I might be able to look at that and see what happens."  When I'm active and engaged, the phrases are more like "I'll be completing that task by Friday at noon" or "Yes, I can do that, I'm ready to get going on it!"

I've always thought of myself as a fairly direct communicator, but my propensity to take on a passive role when I was unsure of myself was never highlighted as well as during some recent travels in South America.  My Spanish is poor to non-existent, and when the staff at the hotel we were staying at indicated a willingness to attempt to understand my English, I blatantly abused that offer...and I made it really hard on them in my polite passivity: "Umm, hello, we are interested in the possibility of securing a ride to..." and their eyes were totally glazed over at "interested."  I should have been bolder, more active and just said "How can we get a ride to...?"  Even after I realized this, I kept doing it along the trip. "Could you tell us about some of the options that might be available for dining in..."  Just spit it out, man!  "Where should we eat in..."

I notice this in relating to others, too.  If one of us doesn't feel clarity about wanting or knowing how to be in some kind of relationship (professional or personal) with the other, we say tentative things like, "We should get together for lunch sometime and catch up" and then never seem to follow up to make it happen.  When we're really clear about wanting to be in relationship, we make it happen: "Here are five days I'm available to get together - which ones work for you?"

My experience may not be universal, but when people only make vague statements of intention or communicate in ways that don't actually make a real connection or call to action, I've learned that they're probably stuck in some kind of passive role in some part of their own journey. 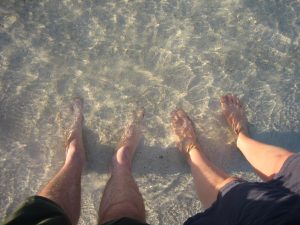 Modern culture makes moving from passive to active harder than it already is.  Human relationships and personal journeys are complex enough that learning to "do it right," take leaps of faith, contribute well and become a facilitator of success is HARD on its own. This is not helped when we can convince ourselves that we're being active by watching a TV show or movie that makes us feel like we understand something or have had a particular experience.  It's not helped when we can click "Like" on Facebook and tell ourselves that we've had some sort of meaningful interaction with a friend.  It's not helped when firing off an email or Tweet to someone putting the ball in their court is widely considered to be "getting things done."  Many of the structures and tools of our modern society are encouraging us to be as passive and unengaged with reality and each other as possible, while simultaneously whispering in our ears that we're living full, active, busy lives.

How do we resist this?

For me, it's by raising my awareness of the areas where I'm passive and where I'm active.  It's by trying to be as intentional and clear as possible about who I am, what I want, what gifts I have to bring, where I'm stuck or what things I still need to learn - and then acting out of that intentionality and clarity.

In relationships with others, it's by avoiding statements that are ambiguous or disingenuous, instead giving honest engagement and asking for the same in return.

In running my business, it's by asking and helping my co-workers to move into roles where they can actively live out their individual capacity and share their gifts, instead of waiting to be told what to do.

I try to practice these forms of intentionality, and I only succeed some of the time.  But when I do, and when I feel like I'm shaking off the fog of passivity and regaining a sense of full engagement with my life, it feels AWESOME.

What does moving from passive to active look like in your life?

Are there habits, tools, relationships or places in your life that are holding you back, encouraging you to stay stuck or uncommitted to the things that really matter to you?

Are there areas in your life where you're just waiting to see what happens, when you should be facilitating change?

What are you going to do about it?

5 thoughts on “Moving from Passive to Active”