Though I haven't been to SXSW, Moogfest seems to have been modeled after it in some ways: several days of speakers, performances, workshops, film festivals, art installations and parties that celebrate the "synthesis of technology, art & music" - but they certainly have made it a unique and incredibly interesting event all on its own.

It was founded by musicians who wanted to collaborate creatively around the work of Dr. Robert Moog, a pioneer of the synthesizer and other electronic musical instruments. I initially had the shallow thought of "meh, I don't really like synthesizer music," but realized soon after reading through the festival descriptions and then encountering it in person how simplistic I was being...so much of the music, film, art and other sensory experiences we enjoy today are using electronic tools somewhere in the creative process, and exploring those tools and the people who are experts at creating and using them turned out to be a fascinating experience.

The iPhone-captured video doesn't really capture the bass sound that was so incredible during this and other performance. I felt like my organs were being rearranged, and I LIKED it.

On Saturday I attended a couple of interesting talks, but my favorite was a panel with several Google employees who are responsible for different Creative Lab projects within the company, the most publicly recognizable being the creation of the doodles that appear on the Google search page. 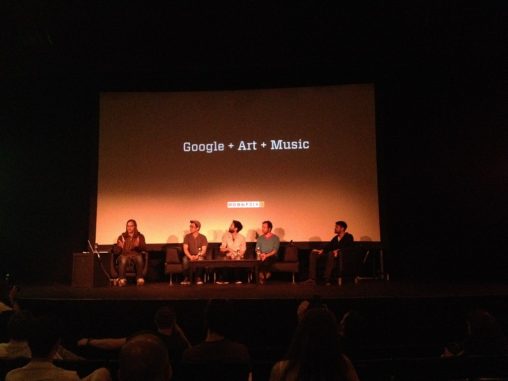 They talked about their creative processes and some of the incredible time and tools that go into making doodles and other Google creations. I had some awareness that Google was investing company resources in such things as a fun side project, but I was impressed to see how seriously they took it - it sounds like they have 10-15 people doing various parts of the doodle production process. They also talked about Google's company culture, better attracting and integrating women into tech jobs, the differences between the web and Android as platforms for development, the Chrome Experiments site, and other amazing things they do in their 20% Time. Really interesting stuff, really smart people.

One of my favorite random encounters was with the guys from SND (Sand Noise Device), who as a part of their Masters project created the most trippy and amazing "complex generative music system" I've ever seen. A box full of sand with a Kinect tracking the changes in landscape as you move around several multi-color lighted Arduino-powered beacons to influence the movement of computer generated and projected images and sounds as they interact with the physics of the sandscape and each other - wow: I took a break from the festival on Saturday afternoon and did a hike out by the Blue Ridge Parkway: 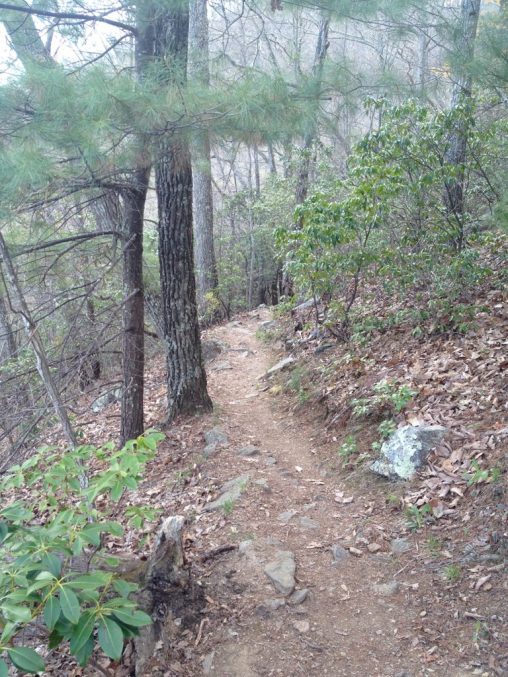 Saturday evening, I was back in festival mode. After an amazing Indian meal at Mela (can you say Spinach and Goat Cheese Naan - mmmm!) I caught the end of Zeds Dead on the Broadway Stage and then made my way into the venue for the M.I.A. performance. It was fun to watch the huge place fill up with such a diverse group of people, but I mostly enjoyed sitting right behind the audio/video/sound production crew as they prepped all of their various devices for the show. Again, I should have appreciated more how much electronic instrumentation is a part of many modern music performances; there were at least 5 laptops at the A/V production station, at least 2 up on stage, and I'm sure a bunch of other systems in between.

I can't say that I would normally seek out M.I.A.'s music for my own pleasure listening, but watching her and her crew perform live, hearing some of the themes of her lyrics and seeing the passion from her and the crowd was really cool.

Overall, Moogfest was a really great event, and I only experienced a small portion of it. The content was great, the logistics were well done (RFID wristbands that get scanned as you enter and leave venues? Nice.), the organizers were helpful (responded to a Twitter DM I sent them about a ticket question within an hour), and the whole town of Asheville seemed to be opened up and ready to greet the quirky crowd of visitors.

After all of the electronic stimulation from Moogfest, I was glad to have a nice transition on Sunday as I spent time out in the country with good friends and their kids, and helped to build a shed extension next to the chicken coop: 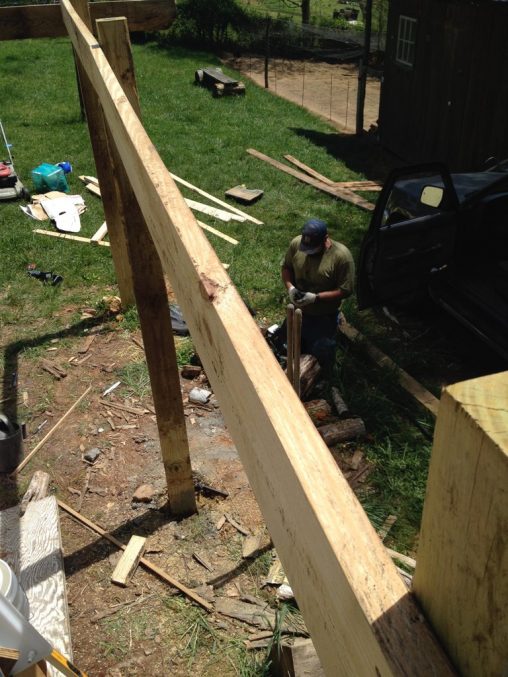 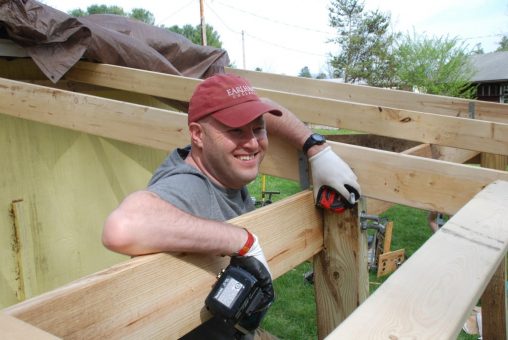 And of course there's the enjoyment of coming back home full of ideas and inspiration, greeted by the ones who missed me: 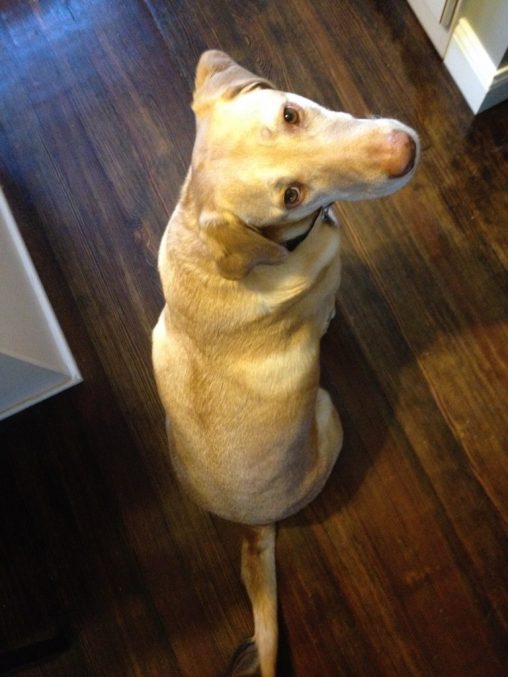 One thought on “Notes from Moogfest”