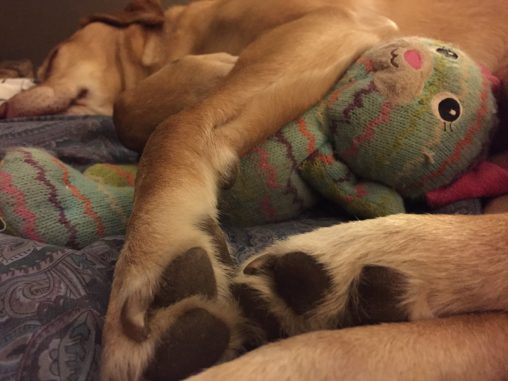 I like Google and a lot of the things it does in the world. When people ask me what free mail, calendaring and contact syncing tools they should use, I usually include Google's services in my answer. But I always explain that they're trading some privacy and ownership of their information for the "free" part of that deal. "You're the product, not the customer" and all that.

For me, I've always tried to avoid having my own data and online activities become the product in someone else's business model. There are plenty of places where I can't or don't do that, and I mostly make those tradeoffs willingly. But so far, I've been able to avoid using Google (and Apple and Microsoft) for managing my personal email, calendaring and contact syncing.

When I was running a technology business, at some point it became tempting to switch everything from our in-house servers running home-grown solutions over to Google Apps, but we didn't. Instead we deployed the Open Source Edition of the Zimbra Collaboration Server on an AWS instance (and I've written about that some before). It allowed us to have "enterprise grade" email, calendar and contact management with relatively easy to use management tools, and on an environment that we owned (for varying definitions of ownership depending on how much you like/trust Amazon's web services for such things). If I were setting up a mail/calendar/contact syncing server for a small business or organization again, I'd probably use Zimbra again.

Alternatively, Ars Technica has a good four part (1 2 3 4) series on how to run your own email server using Postfix, Dovecot, SpamAssassin, ClamAV, Sieve and Roundcube on an Ubuntu Linux server. It's similar to the combination of tools I set up and managed prior to Zimbra's maturity as a solution, and I'd use them again if I wanted more low-level control of all the pieces...but I think it's probably too much for the average end-user to think about.

For my personal email I've been using Fastmail, and for calendar and contact syncing, I'm using Fruux. I'm paying them $40/year each, and both have been excellent in the 6+ months I've been with them so far.

I like Fastmail because they've shared extensively (on their WordPress.com powered blog, no less) about their approach to building out redundant infrastructure and protecting the privacy and security of their users. Their service feels well-architected and stable, and I don't worry that they're trying to scale up so quickly that the user experience will get lost in the mix. They had a really useful IMAP import/sync tool to aid my initial migration. Their user interface and toolset caters to my need for some advanced features, and so things like complex filtering, DNS configuration, logging and debugging, and paranoid security practices are all straightforward. They need to do more/better soon with two-factor authentication and some other security things, but they say they're working on it. In the limited times they've had minor outages, they've reported it quickly and fixed it soon after.

I like Fruux because it's a simple and focused implementation of CardDAV and CalDAV standards, and doesn't try to be a lot of other things. They support and use open source software where they can, and then charge a fee for taking care of the infrastructure things I don't want to have to worry about myself any more. Their importing/migration tools were easy to use. In the couple of times I've found bugs, they've been very responsive in fixing them quickly.

After initially getting set up, for the most part I don't ever interact with the interfaces that these services provide - everything is done through the mail/calendar/contact clients I use on my laptop and smartphone. I suppose if you were intimately familiar with the Gmail web interface for navigating your email, moving to something new like Fastmail's web interface could be disorienting, but for me it was just a matter of the right configuration in each application's preferences, then back to using the tools I was already used to.

Also: no ads along side my email or events, no behind the scenes analysis of my personal information for profit, and no dependence on a business model that encourages me to give up more privacy in my online life in order to receive services. Well worth it for me.

(The irony, of course, is that as more people I interact with use services provided by Google, Apple and Microsoft, that information is making its way into their internal systems anyway. Sigh.)

How do you think about where your personal mail/calendar/contact data is stored? Do you use Google's services, or some other set of tools?