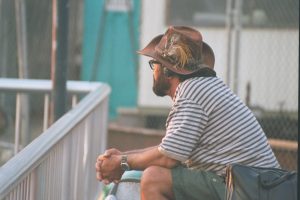 I was actually looking forward to working late tonight. I had a client who'd asked me to do some work on a project related to some software I maintain. Because it's software I maintain outside of my usual duties at my company, I charge an hourly rate directly to the client, instead of going through Summersault. But even more than the higher pay, I was really looking forward to the particular problem space. The client sells real estate forms over the web, and maintains his order information in a database (a system I also helped to work on). He wanted me to design software that would produce a complex sales report against this database. I'd certainly done similar things before, but not ever quite anything like this, and so before I started working on it, I'd been thinking about the best approach. What data structures to use. Whether to do the sorting in the database or in the software. How to abstract the display of the data from the calculation of the data. These are the things that this 22-year-old white male thinks about on his way home from dinner on a Thursday night in Indiana.

I started around 11 PM and finished at 1:30 AM. I was alone but not lonely, the office was quiet, and I had some good techno/house music to keep me company. When I finished, I stepped back and looked at the software I'd created, proud of its design, excited about the satisfaction it might bring the client. I gathered my things with energy in anticipation of a good night's sleep.

As I turned out the lights and locked the door behind me, I noticed how hard it was raining and flipped up my hood. I didn't see the man in the black leather jacket coming around the corner right in front of me, and he gave me a bit of a jump. His hands were tucked in his pockets, his hair and face soaked to the point where he could barely see, and he was stumbling down the sidewalk not seeming to seek out any of the shelter that was available in the alcoves of the office entrances (including the entrance to mine). I had seen many other folks like him, wandering down the same street at the same time of night, some of them looking more dangerous and mean than others, all of them feeling quite distant from the world of databases and programming and websites from which I had just emerged. 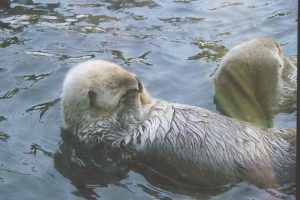 But when I came to the end of the block of our office, the man was alongside the car, and waved in at me. He came around to the front of the car and shouted something that I couldn't hear. I powered down my window cautiously, and heard him mumble something about "going to 12th street".

And this is the thought process we go through: His hands were in his tight jean pockets, probably nothing too harmless there. His jacket was bulky but probably didn't contain anything that could be used for beating me too severely - at least if he had a gun, he'd shoot me quickly and be done with it. I wasn't carrying anything with me that would turn my existence into a meaningless void were it to be stolen or damaged. He was stumbling around and looked off balance. I could take him. (I could take him on.) It was raining like hell.

"Get in!" I opened the door and he landed in the passenger seat. "Oh, my god, thank you."

We drove through a run-down part of town that I wasn't too familiar with, and headed out into an even less-familiar residential area that was actually just an industrial area with some homes and trailers scattered around it as a convenience to its workers. It was dark and there was no one around. His name was Herb, and he told me that he had been on his way to try to call his son, and then I saw that he did have something in his hand - two quarters. He said "I gotta pay you for this" and I told him that he didn't. When he insisted further (even nice, nonviolent people can be mean when you don't let them compensate you properly), I told him the quarter he was going to use to call his son would be sufficient. He gave me both quarters, muttering that it wasn't enough, and I put them in my car change drawer where I will probably withdraw them again in the future to cover the cost of an overpriced fast food item. 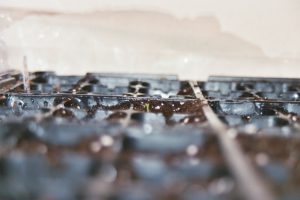 Confirming my suspicions that he was slightly drunk, he threw out a couple of names and asked me if I knew the guys, telling me that they'd all graduated together. He asked in a manner suggesting that because of this good deed I had done for him, I should know these men that he held in some sort of high regard. I was a little nervous but touched. As he made to leave, I said something stupid like "maybe we'll run across each other again some day and you can do the same for me." He said I was an incredible fellow. And then, after Herb had gotten out of the car, he turned around and looked at me, rain once again drenching his face and jacket, and said "You know what, though, this isn't anything like Vietnam. There, this stuff went on for forty days and more." With that, he tightened his jacket around his chest, closed the door, and walked off towards the house. These are the things a 50-something working-class white male thinks about on his way home from a bar on a rainy night in Indiana.

I drove away quickly, still fighting off wondering "am I safe?" as I headed to known parts of town. I couldn't have NOT picked Herb up from out of the pouring rain unless he displayed some outward sign of intentions to harm me. But beyond that, I'm *glad* I did it. The personal security I gave up was well worth some crystal clear perspective granted to me by the contrast that Herb provided tonight.