One of the benefits of education is that it can provide people with the tools, perspective and knowledge they can use to meet their needs without resorting to intimidation, theft or violence.

In school buildings and on college campuses, we learn about our history, how the world works and how to coexist with each others` diverse ideas, experiences and backgrounds so that we don't have to use threats, force and domination to maintain a life together.

Some are saying that the educational experience now needs to be conducted against the backdrop of a heavily armed security presence. Moving past just having metal detectors and "zero tolerance" policies, that our children should wear bullet-proof vests in classrooms and that educators should be trained to take down intruders with deadly force.

END_OF_DOCUMENT_TOKEN_TO_BE_REPLACED 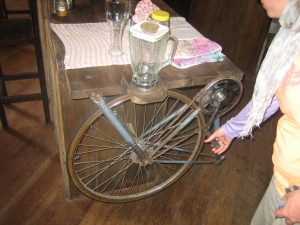 END_OF_DOCUMENT_TOKEN_TO_BE_REPLACED

It took a few different stops along my vacation road trip route to find Scott McClellan's new book, What Happened. One bookseller noted that the first printing had sold out and that they were waiting on the publisher for another round. I take this as a good thing for Mr. McClellan - if you're going to write an insider's account of life in the George W. Bush White House that puts you in extreme disfavor with your former colleagues, political party, and the President himself, you might as well make sure you get a chunk of money for it. But for those of us who always found Mr. McClellan's role in the U.S. Government to be distasteful at best and outrageous on most days -- especially his part in selling the importance of invading Iraq to the world -- it's somewhat disgusting to see that he's now making money by telling the story of that role, even if he is expressing significant regret along the way.

It's certainly too little too late for someone who was often the public face of a government that we now know was actively misleading its own citizens about Iraq, wielding its power to practice malicious (not to mention illegal) personal attacks and then covering them up. If you believe in the power of the press and public opinion to help shape U.S. policies (or to at least hold the government accountable for its actions), and if you know how much the press regurgitated White House statements without critical evaluation or follow up in the last seven years, then you might say that Mr. McClellan is fairly directly responsible for a lot of unnecessary death in the world.
END_OF_DOCUMENT_TOKEN_TO_BE_REPLACED 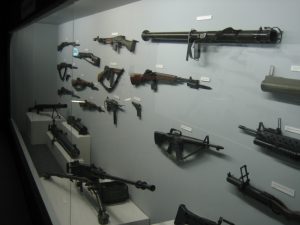 Here is the full list of purchases I put in my cart:
END_OF_DOCUMENT_TOKEN_TO_BE_REPLACED 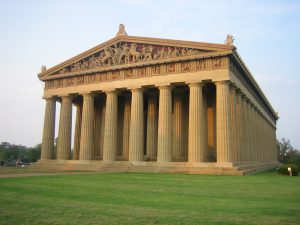 END_OF_DOCUMENT_TOKEN_TO_BE_REPLACED

In my eighth grade English class, Mr. Sweeney asked us to write a persuasive essay and then deliver it to the rest of the class convincingly. The United States had just sent its military to the Middle East to expel the Iraqi forces that had invaded Kuwait, and that was a hot topic of discussion and controversy. As a part of these events, the head pastor at my church had recently delivered a sermon on what constitutes a "just war." It was a good sermon - contemplative, balanced, and challenging without being preachy (beyond the normal degree to which a white man adorned in robes standing in an ornate pulpit speaking down to a congregation with an amplified and booming voice is "preachy"). Because I admired this man and trusted my church and had not yet at that point in my life encountered any other theories of war, I found myself thoroughly convinced that the use of force by my government in that case was justified. I thought it was a perfect topic to use for my own persuasive speech.
END_OF_DOCUMENT_TOKEN_TO_BE_REPLACED

I generally avoid national bestselling political books that are just consolidated accounts of the political soap operas that go on in our nation's capital, designed to make more buzz and more money for the journalists or whistle-blowers or former aides that happened to keep really good notes during the experience. But once in a while there are some pretty compelling publications that appear in that genre, and I can't help but dive in. Bob Woodward's Plan of Attack certainly emerges as an example of a page-turner for anyone interested in national politics, the executive branch's decision making process, and especially how the U.S. ended up invading Iraq.
END_OF_DOCUMENT_TOKEN_TO_BE_REPLACED