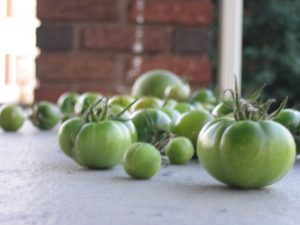 I'm all for thinking twice before jumping on any sort of wagon, but I think Mr. Hisrich's logic is flawed in a number of places. Read on for my point-by-point analysis of his column:

In April, researchers at Carnegie Mellon University published a study in the journal Environmental Science & Technology that all of the transportation associated with the American food supply chain accounts for only 11 percent of foods' climate impact.

You can view the full study online. The basic conclusion that they make is that the transportation of food isn't as big a factor in carbon footprint as the production and other factors, and so that we might be able to reduce our footprint more by changing our diet -- eating less meat and dairy, which create the most pollution -- than we will by changing where it comes from.

This study seems well done, and convincing in its assertion that food miles are only one part of overall considerations when it comes to the environmental impact of food choices. Of course, carbon footprint is not the only reason many people like to eat local; there are lots of other benefits, including the relationships that come with knowing who is growing your food and how, and the proud self-reliance that comes from being able to eat off of the land we live on.

And, "It's still useful to think about transport," says David Pimentel of Cornell University, an ecologist who has conducted life-cycle analyses of food's energy use. He recently calculated that if a typical American drives home with a 1 pound can of corn, 311 calories of fossil fuel energy are used to transport the 375-calorie corn in the can.

In fact, by focusing on local production, emissions may actually rise. This is because growing foods in the conditions best suited to their production can often offset the relatively small impact of transportation. In the United Kingdom, for instance, fewer emissions are released by importing milk and apples from New Zealand and tomatoes from Spain than devoting the energy and resources necessary to produce them locally.

One of the core tenets of the local food movement is not only to eat food that is produced locally, but to avoid foods that can't be produced locally. Mr. Hisrich is correct that if we try to grow avocados and oranges here in Indiana in the dead of winter, we'll of course use much more energy to do that than someone growing those foods in a climate naturally suited for it. So while the point is technically correct, it unfairly ignores some of the ethos of the local foods movement - few people are suggesting we try to grow every kind of food here just to satisfy our "exotic" cravings.

[W]hat the growing local advocates encourage often has less to do with an actual weighing of the costs and benefits of local farming than it does with a value judgment about what should be good for rural economies. While one might be able to argue that eating local improves the lot of a particular group, it is more difficult to argue that spending more for local produce improves the economic well-being of either local shoppers or the local economy as a whole.

I'd ask Mr. Hisrich to back that assertion up with some data, the "actual weighing of costs and benefits" of which he speaks. By definition, dollars that are spent on locally produced goods and services, given to vendors that live and work here, are dollars that will tend to stay in the geographical region to be spent again on other locally produced goods and services. This is why every economic development organization in the state works to bring businesses to their towns that will pay good wages to local workers who will then turn around and spend it locally. This is why local currency and time banks are popping up everywhere, and why our own Chamber of Commerce has a "buy local" program. Just because we're talking about food, the principles don't become any more mysterious.

What about impoverished farmers in developing countries who merely seek the chance to compete on a level playing field? This movement provides advocates of protectionism another rhetorical tool in their effort to prevent that from happening.

Quite to the contrary, the local food movement is part of a larger cultural perspective that seeks to remove the artificial protections that prevent people from sustaining themselves on their own land-base. If you take into consideration the subsidies, trade tariffs, import/export controls, immigration policies, monopolies and compulsory price controls, and injustices related to wage and labor standards that help create the "impoverished farmer in a developing country" in the first place, it's clear that the leveling of the playing field needs to happen well before we get to the buying choices of the end consumer.

By encouraging communities to be more self-reliant, we actually help all communities move toward being able to make a sustainable living for themselves.

John Cloud, however, points out that local does not necessarily mean safe. When he asked Joseph Mendelson III, legal director of the Center for Food Safety, a liberal Washington group that supports strong organic standards, whether local food should be favored, Mendelson replied, "I don't know what local means. Do they use local pesticides? Does that mean the food is better because they produce local cancers?"

This is an unnecessarily flippant remark in a serious conversation, but I'll address it anyway. Not every local food effort advocates the banning of all pesticides and chemicals from the growing process, and communities can set their own standards as they see fit.

The point is that when you can visit your local grower and see what practices they use to create the food you eat (or perhaps even help yourself!), you have much more control over and knowledge about what you put in your body. We only have to look back to this past summer and remember the food-borne illnesses that came from unsupervised, poorly conducted growing processes in an industrial agriculture setting to see how the safety of our food is improved when we're more engaged in where it comes from.

So, back to the original suggestion Mr. Hisrich shared:

So where does this drive for relocalizing come from? Perhaps it has to do with a vague sense of ethical rightness more than anything scientifically verifiable.

All across the country and world, communities are experiencing the forced contraction that comes with rising energy costs, failures of over-dependence on the global economy, and the isolation and disconnection of the culture of "suburbia." Communities that are working to reclaim their identities and self-reliance are finding positive ways to move past those contractions, taking matters back into their own hands instead of waiting for the next factory closure or government bailout to set the course.

The local food movement is a core part of this, and while participating in it will mean different things for different communities, it deserves a bit more consideration than Mr. Hisrich's column gives.  I do really appreciate that he's taken this issue on and generated some conversation around it! I hope he'll join us at the next 100-Mile Radius Potluck here in Richmond so we can continue that conversation together.

12 thoughts on “Is eating locally produced food a bad idea?”