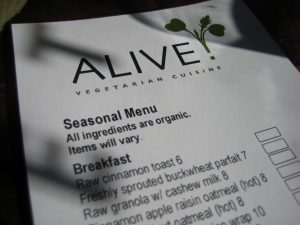 I've been thinking lately about the moments in a conversation when the people participating make a choice - conscious or not - about whether to let it go "deeper," or to keep it at a pleasant and polite level of chit-chat. I'm exploring that because (A) I really enjoy deconstructing how we communicate with each other, and (B) I want to take responsibility for my own part in the cases where more depth would have been a good thing, but was avoided. (I even kind of wrote a little poem about it a few years ago.)

I put "deeper" in quotes because it's one of those touchy-feely words that needs a little more definition to be useful here. When I think of a conversation reaching a new depth, I think of the people involved taking on topics that are significant or meaningful to them in ways that invites personal vulnerability or reflection, where you might have to take a stand, where the stakes are higher and there is something to gain or lose by going there. The topics that achieve this will of course vary widely by personality, community and culture.

So, what do those turning points look like? Here are a few I've noticed:

So, those are some of the critical moments I've noticed. I'm curious to know what others think about when and how those choices are made.

What kinds of environments or states of being or topics or relationships allow you to go deeper, and what kinds keep your conversation "at the surface"?

2 thoughts on “Choosing when to go deeper in conversation”