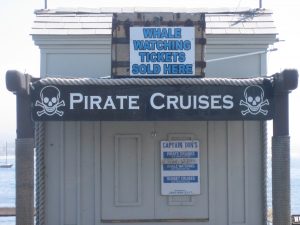 I'm not sure that any version of a national health care system - existing, proposed by President Obama, or otherwise - is going to truly meet the needs of every U.S. citizen.  As I've said about our approach to supporting the elderly in our culture, I think there are ways to approach true care for health and well being that focus on community and local/regional resources instead of nationally calibrated insurance premiums and risk formulas.

But if we accept for a moment that people in this country will probably continue to obtain medical services via some kind of national insurance system for the foreseeable future (and coldly put aside the many millions of people without even that benefit right now), then we need to talk about the practice of insurance rescission.

Rescission is literally the process of saying, "this contract we had is no longer valid."  In the health care system, it's practiced as the health insurance companies telling their customers that they will not honor the contract to provide insurance, leaving the customer to fend for themselves in paying any medical bills that might be incurred.

Unfortunately, the rescinding of the contract usually happens right when an insured person needs that money the most - they have a medical condition that needs a treatment they could not otherwise pay for themselves, and in evaluating whether or not to cover it, the insurance company gets to say "sorry, you're on your own."  Though the companies defend the practice as important to combat fraud, they can do this based on even the tiniest mistake or apparent misrepresentation in your health insurance application paperwork (e.g. you forget to check a box somewhere, you didn't know the proper medical terminology for something), and it turns out that they often do take advantage of any loophole they can find.  As someone involved in helping my co-workers complete their own insurance applications, this is particularly striking to me, given how complex and confusing those forms can be; I wouldn't be surprised if every single one of us has some grounds for rescission somewhere in there.

(I've referring to "they" and "them" here when it comes to the health insurance companies.  While it's tempting to think there might be one or two exceptions to the rule, I'm not yet aware of any health insurer that bucks the trend when it comes to building rescission clauses into their contracts.  Do you?)

If you want a sense of how bad this practice has gotten, listen to a recent segment produced by This American Life (it's in "Act 3: Restrictions May Apply) where they not only have interviews with people who have been deeply wronged by the health insurance companies through rescission, but also play audio of insurance execs being confronted about how they can sleep at night doing this.

I'm not an expert on the health insurance industry, but I have some simple suggestions for how we might want to change this system (again, within the context of keeping some sort of overall national health insurance system):

Despite my lack of faith in even the best intentions for a new health care system, I do hope that the current debate brings about some incremental positive changes in what we have now.  Ending the practice of rescission as we know it now would be a great step forward.