Are you trying to sabotage your organization by reducing productivity? Are you trying to frustrate and dis-empower your co-workers? Do you have a laser-like focus on poor communication? If so, then you'll appreciate these six tips for how to run a meeting poorly:

END_OF_DOCUMENT_TOKEN_TO_BE_REPLACED

If you've visited Richmond, Indiana via interstate 70 recently, it's likely you've seen a new addition to our most prominent landmarks: a 110-foot vinyl-sided cross right next to the highway exit on our east side.  The cross was erected at a cost of US$150,000 by New Creations Chapel, Inc., which has a website dedicated to the project's history and progress.  Their hope is that it "will give hope, direction, light from above, and encouragement to all those people traveling Interstate 70 and passing New Creations Chapel."

Richmond already has a number of issues with public perception when it comes to tourism and first impressions.  All discussions of religion and symbology aside, I think this new fixture probably doesn't help with that.  But the main question that came up in the casual discussions I've had with people about it is "how does such a thing go up without the community having any input on it?"  To answer that question I contacted Scott Zimmerman, who works as a City Planner with the City of Richmond.

Here's what he had to say: END_OF_DOCUMENT_TOKEN_TO_BE_REPLACED 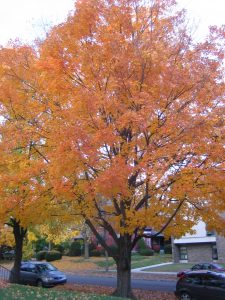 I have a lot of friends and colleagues who are rightly skeptical of the value that Twitter brings to the world, but who are also aware that there are things "happening" there that might be of interest.  Often the perception is that they either have to break down and sign up for a Twitter account to use it full force, or that they have to miss out on those happenings altogether.  Here I offer those folks (and perhaps you) a list of five ways you can use Twitter without actually being a Twitter user: