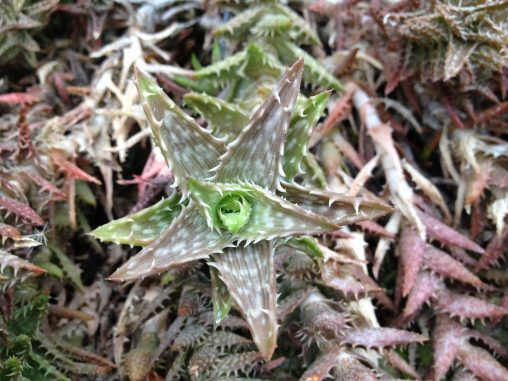 Not every person can do every job or thrive in every role they end up in.

Sometimes people lose interest in their work, get promoted beyond their capabilities, or didn't have the skills/experience to be a good fit in the first place. That this happens at all may speak to some area for improvement in the way people are hired, trained, reviewed or promoted in a given business or organization, but it's also an inevitable part of how companies and not-for-profits made up of humans change and grow.

When someone isn't a good fit for a role, the important thing is how the organization handles it.

Unfortunately, I've seen all too often that some organizations don't handle it at all. Instead, they leave everyone else to work around the mismatched role or problematic behavior. At best this wastes an opportunity for helping someone improve and rearranging "human resources" to better fit the needs of the business or organization. At worst it saps morale, leads to otherwise high-performing people leaving, costs a lot of money and significantly decreases the effectiveness of the organization overall. Working around someone who isn't right for the job does a disservice to them and can be toxic to the life of a business or organization.

So how can you tell if that's what is happening? Here's a list of signs I've seen in my experiences that might mean you're working around someone:

Of course, not all of these phenomena indicate a problematic employee or volunteer. In some cases, there may actually be systemic issues with the organization itself, not the people working in it, and any organization wanting to survive needs to be willing to confront that possibility.  But if you observe one or more of these behaviors/phenomena, you might have someone in your organization that people are working around.

Why does this happen? Why do businesses or not-for-profits choose to work around someone instead of working with them to address challenges or problems head-on? I know from my own experience running a business and in observing this at even highly effective organizations that it can be much easier said than done.

For one, we probably like to assume the best about our co-workers, especially when they are good people who are otherwise pleasant to work with. We want to give them the benefit of the doubt that if they've been hired on as a part of the team, they're probably in the right place doing the right things at the right time, and that it's not our place to question that unless something is obviously wrong. Many people naturally avoid conflict and don't want to "rock the boat," and so if the idea of naming a mis-match in someone's roles or responsibilities seems like it would be disruptive, we hope someone else will take care of it, and it doesn't happen.  In some cases, the person we're working around might be a friend or someone who has stood up for us in other circumstances, and so it can feel disloyal to think about calling out performance problems.  The momentum of history and precedent can be a strong disincentive to shake things up.

Another reason we work around people instead of making changes is that it takes a lot of time to orient, train and acclimate someone to a new role, and it can be painful to think about having to go through that process again with someone new. Hiring is a time-intensive experience for everyone involved, and so it can often seem easier just to work around mis-matched roles or under-performing co-workers than to dive in to bigger changes. If there are concerns about being able to find a qualified replacement, we put the search off.

Identifying and acting on members of a team who are being worked around can feel risky, but if the rest of the organization is suffering as a result, taking the short-term risk can bring long-term reward.

Here are some suggestions for making changes toward no longer working around people in our organizations:

I hope these thoughts and tips are helpful. If you have experiences working with or at an organization where people were working around someone, I'd love to hear about how you handled it and what you learned.

2 thoughts on “Are you working around someone?”