Well, in case you hadn't noticed, it's taking me a while longer than I'd thought it would to synthesize my notes from the Peak Oil conference into blog postings. In the interest of getting them done and published at all, this entry will be much less detailed than my others, and hopefully you can check out the DVD of the conference (not yet available) if you want to learn more. You can start with my introduction if you're just joining us. 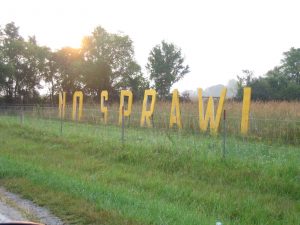 The morning was devoted to the theme of "Creating Alternative Communities," which ended up being a wonderful coverage of the various issues - social, logistical, cultural, financial - in creating or joining intentional communities. The first speaker was Diana Leafe Christian, a funny, worldly woman who had so much to share. I had already been reading her book, "Creating a Life Together," and so it was great to see the author of such a comprehensive resource in person. She took us on a tour of the different kinds of intentional communities (ecovillages, communes, co-ops, etc.) and noted that 90% of the communities that were started in the 1990s failed, mostly due to structural conflict. She highlighted the Westwood CoHousing community in Asheville, NC, the Eastwind Community in Southwest Missouri (an income sharing commune), the Dancing Rabbit Ecovillage (whose website Summersault hosts), the Los Angeles Eco-village, the EcoVillage at Ithaca, and her own home, the Earthaven Ecovillage in Western North Carolina. She also introduced great books like Superbia: 31 Ways to Create Sustainable Neighborhoods and Rebuilding Community in America. She had great photos, stories and caveats from their founding and growth, and wove all of these examples together to show such a rich world of possibility, hard work, and community.

To complement Diana's whirlwind tour, it was great to hear next from Liz Walker, one of the founders of the EcoVillage at Ithaca. If you're reading this and have a pre-conceived notion of an ecovillage or intentional community as a place full of dirty hippies living in a run down barn, you should definitely check out the photos of the Ithaca setup - such an impressive place, and such thoughtful, interesting people behind it. Liz talked about the numerous adventures and barriers they came across in creating it - finding the land, how to lay it out, creating a balance of privacy and community, designing a common house, cooperative decision making, publicity and community relations, etc. Cool stuff!

Megan Quinn talked next about Agraria, "a small community being designed for a post-Peak Oil world." Because there is so much detailed info about Agraria at the website I linked to, I won't repeat it here, but it was great to hear about this great project being carried forward in my region. Megan concluded with a great quote from R. Buckminster Fuller that I'm sure is repeated in these circles a lot: "You never change things by fighting the existing reality. To change things, build a new model that makes the existing model obsolete."

The three morning presenters held a panel together to answer questions about creating alternative communities, and there were some reasonable questions, a subset of which there was time for thorough answers. All of these speakers emphasized that creating intentional communities is a journey and a path you go down, not a destination or a place you build. From talking to the people I know who have lived in these communities, I can say their experiences back that up - even when you have the physical space fully built, you can be a long way from a complete community.

After lunch, we went into our final sessions for the conference, with a theme of "Going Local - The Journey Home". The first speaker was Robert Waldrop, a loud and hilarious guy who had started the Oklahoma Food Cooperative, an impressive web-based service that connects family farms in Oklahoma to those wanting to buy food locally. He had great stories to tell us about how he got this entity up and running, and how rewarding it has been to connect people to the land and the food they eat more directly. He also mentioned that they would soon be releasing the software they use to run this service under the GPL so that other cooperatives can use it for free. Two quotes were "doing it yourself *is* instant gratification," and "Food shouldn't be cheap, but it should be valued!" He got the whole room riled up with his success and his passion for what he does.

The conclusion was made by Richard Heinberg, who accurately noted that after so much had been said, it would be difficult to add anything new. But he successfully put this conference and the topics we'd discussed into the larger context of current events - the hurricanes bearing down on the gulf coast, oil production, the Iraq war, economic downturn, etc. He noted that when looking at Peak Oil from cultural anthropology perspectives, the opportunities for cultural change are profound, and that the people who think about and act on these ideas are the ones who can help shepherd those opportunities into a better world.

After applauding all of the speakers and the organizers of the conference, it was time to go. We gathered our things, said goodbye to some of the nearby participants who weren't such strangers anymore, and hit the road. As we dropped Dayna at the airport and Frank and I rode back west, I think we experienced that weird sensation of being at once overwhelmed and energized by the things we'd learned and heard through the weekend. Not only was it a lot to digest, but it's information and imperatives that apply directly to all of us on a personal, local level.

And though the overall theme of the conference was one of hope and possibility, as I returned to Richmond, I definitely felt intimidated by the uphill battle that I would have if I were to try to bring this information and these opportunities to this particular local community. Coming into town, Frank drove us past the strip malls and the Hayes Arboretum with its newly fallen trees making way for more chain stores, and it was hard to fight off despair and an urge to move. It's not that the people here don't want what's best for our city and our people, but the conversations around just what that is have become so muddled and confused that it's hard to have hope for a positive driving vision to emerge, especially in the context of "external pressures" like an energy crisis.

But if I took one thing away from the conference, it's that our local communities and making changes in our own lives *are* all we have to turn to in the face of global issues like peak oil, and that they can be places of hope for creating solutions to problems that otherwise seem insurmountable. Whether it's Richmond, Indiana or any of the cities in any of the 39 states and 5 countries represented by participants at the conference, I'm excited to know that there are people out there working hard in their communities toward a sustainable, healthy, happy life together.