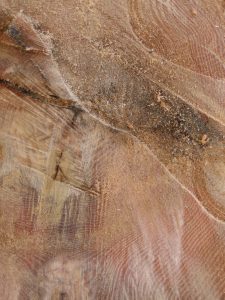 Lately I've been recalling one particular day early in high school. My "study hall friend" Craig and I were giddy with excitement because he had just bought a copy of the Star Trek: The Next Generation Technical Manual, a book that was basically the detailed explanation of how all of the tools and technologies in the Star Trek universe actually work. He kept it at his side in the plastic bag from the bookstore, only bringing it out for glances here and there as we tried to avoid the watchful eye of the study hall monitor.

But really, he didn't want smudges on the cover and he didn't want to break the spine, and that was great with me because I would have demanded the same. I might not have even brought the book to school - who knows what could happen to it!? We whispered about holodecks and warp drives, and let our minds wonder. Though we didn't use the word at the time, we were totally geeked out, in awe of this seeming bridge between science fiction and real life. Craig and I only saw each other for this brief period a few times per week, and we'd only seen each other outside of school once or twice, but we had a connection that only comes with being a bit (or, okay, a lot) uncool together.

On the first day of the next school year, I looked for Craig in the morning before classes started, and didn't see him. As we sat in the cafeteria pretending to listen to announcements, I heard his name over the loudspeaker.

The principal said that Craig had died over the summer while at camp. His cabin had caught on fire in the night and he was unable to get free from his sleeping bag, apparently because the zipper stuck.

I was in some sort of shock. After some silence, the principal moved on to other announcements. I somehow went through the day, not really sure what to do. I didn't know Craig's family or even how to get in touch with them. None of my other friends knew Craig, and after the announcement, the school didn't really seem to notice. Without any ceremony or closure, without anyone to share in this loss, I buried Craig in my mind, and I went on.

I don't ever zip up my sleeping bag all the way when I'm camping.

Sometimes I have dreams about being trapped in a burning cabin.

I keep a copy of the Technical Manual on my bookshelf, and I handle it quite gingerly when I do take it out.

I try, and fail, to not take people for granted. I try not to assume that they will always be there when the summer ends. I try not to worry about whether or not we're being watched by someone disapproving of our giddiness. I fail at these things, but I try.

I feel no shame in claiming my Star Trek fandom.

Craig was the kindest of souls, always the best he could be. Our friendship was fleeting, but it stays with me.

6 thoughts on “Study Hall with Craig”