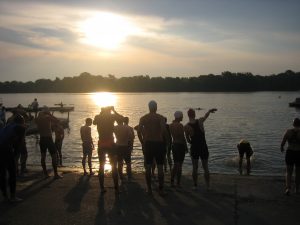 A few weeks ago I was asked to talk with some folks at the Wayne County Area Chamber of Commerce about Summersault's past, present and future, and I enjoyed the conversation and questions very much.  One really good question that came out of the meeting was "how can Richmond better encourage, nurture, cater to technology professionals like the ones working at Summersault?"  I'll simplify that question to be "How can we grow a better geek culture in Richmond?"

It's something that I think about a lot (especially when we're trying to hire someone), but I didn't have a ready answer - partly because there is no simple answer, but partly because I hadn't really ever taken the time to write one down.  Below is a list of ideas and comments, in no particular order, that came out when I put the question to the wider Summersault staff.  I hope that you'll contribute your own thoughts and suggestions, and I'll pass the list back to the Chamber and anyone else I can find who might be in a position to work on some of these things.

When I asked our group a more direct question about specific actions that an entity like the Chamber of Commerce could take to support geek culture here, we came up with a few ideas:

That was the result of our initial brainstorm.  What do you think it means to grow a geek culture in Richmond (or in your own community)?

8 thoughts on “Growing a Geek Culture in Richmond”