Locally in my community, as our City Council debates questions of funding various departments and programs, shrewd Council members have learned that they can shore up support for cutting the funding of any given budget line item by raising the specter of having to cut back on law enforcement or fire-fighting personnel.  In a newspaper article just today, a Council member pits public safety against funding the local Human Rights Commission, because he knows public safety will always win: "When you are forced to get rid of police officers and firefighters, I'm sure human rights is going to come up for discussion again."

Is that what it's come to?  We will be asked to endure any cost, any sacrifice as long as we don't have to cut back our spending on police, fire, and military?  Why is that?

These public safety jobs have long been described as "essential services," things that you just don't give up on unless you're abandoning your very participation in civilized society.  We use tax dollars to train emergency/public safety/military personnel and equip them with expensive, high-tech gear that (in our idealized narrative, anyway) allows them to solve problems in ways no ordinary citizen can:

Members of the military, fire-fighters, police officers, EMTs - these aren't just people doing an everyday job; they're out there saving lives.  Whether we think we've ever directly benefited from their work or not, they become our protectors, our heroes, our saviors.  They are something reliable, essential, rock-solid in a world where so much can change so fast.

So raising the question of reducing funding for these heroes is of course unquestionable.  How dare we even consider what it would mean to ask someone who has put their life on the line to look for work elsewhere?  Where is our loyalty to the troops?  Where is our appreciation for their sacrifice? 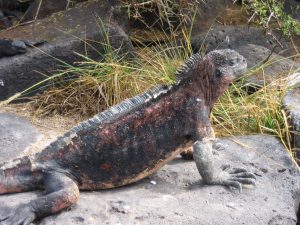 While it would be a stretch for anyone to say that these roles in our society are "just another job," we do need to remind ourselves that those who find themselves in the military, in a police force, in a firefighting department have almost always chosen to be there voluntarily.  They are made well aware of the risks involved, and they are paid for their time and for putting themselves in harm's way.  This doesn't make their heroic actions any less heroic, but it does mean that our contract with them has some limitations.

When we as taxpayers choose to pay people to protect us, we are not also committing to their life-long, tenured employment.  We are not committing to never question the value or utility of a given public safety program weighed against other community needs, or to never ask what a reduction in forces might look like.  We are not blindly saying that we'll always do whatever it takes to keep those public servants employed, no matter what.

After all, what kind of bleak existence would we have if we always gave absolute priority to defense spending and police/fire budgets?  When we've whittled away our budgets for maintaining a given quality of life, when we've closed all of our parks and our public spaces, when we've traded local control of services and programs that ensure our rights are protected and our voices are heard for the empty assurances of monolithic state and federal governments, when we've accepted that you don't have to be well-informed about the news of the day or about how the world works as long as you can be entertaining, when we've given up on providing educational settings that enrich lives instead of preparing us to pass tests, when we've destroyed the natural landscapes of the Earth so that we can buy a Big Mac more conveniently...will it really be enough to know that there are police and firefighters and military forces patrolling our streets, watching out for our safety?

Is that really the best future we can imagine?

Can we start to turn this conversation around?

Can we start to ask questions about how the money we spend on the military and public safety services fits in to our priorities as communities?

Can we accept that discussions about changing how we use our community resources does not equate to bashing the service or worthiness of the heroes who have put their lives on the line?  That in fact, we best honor those who serve our community by being good stewards of the community's limited tax dollars?

Can we put aside the absolutes and the unquestionable statements of "whatever it takes" and instead allow ourselves to sit with complex needs in a complex world?

Can we ask ourselves what we might spend money on if we weren't driven by fear - fear of not being re-elected, fear of being accountable to our mistakes, fear of that which we cannot control or that which is not familiar?

Several years back, at a town hall meeting here in Richmond, I watched Congressman Mike Pence use this hero worship against one of the heroes themselves.  A police officer from the Richmond Police Department stood up and asked a question about Pence's views on, I believe, healthcare benefit funding for police officers.  The question was one that challenged Pence and demanded more than a sound bite answer.  So what did Pence do?  "Ladies and gentleman, first of all, let's just all give this officer a round of applause for the service and sacrifice that he and his fellow officers make every day."  The room erupted in sustained applause, and by the time it died down and everyone was sitting again, Pence could have answered any question he wanted any way he wanted - we'd all forgotten about the officer's good, hard question.

Mr. Pence knew what he was doing, and indeed, he proceeded to not really answer the question, the officer unable to push him further without seeming ungrateful for the applause.  It was a scary moment, one when the power of this particular form of hero worship was hit home for me. 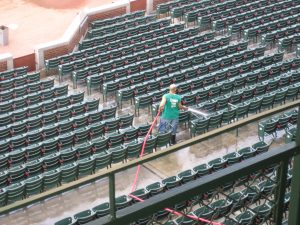 I appreciate what the police officers in my community do for me.  I'm glad to know that I can call 911 and expect a fast response if I need a fire put out.  I'm immensely grateful and touched that there are those who believe so strongly in their job that they're willing to risk their lives as a part of it.

So let's not take that for granted.  Let's not let politicians and uninformed fear-mongers create a false dichotomy when it comes to funding the work of the heroes in our community while also maintaining a reasonable quality of life that includes protection of civil rights.  Let's honor the service of those involved in public safety by being willing to truly understand whether their sacrifice and risk is actually necessary in the context of the future we really want to create for ourselves.