END_OF_DOCUMENT_TOKEN_TO_BE_REPLACED

The feeds reminder and redux edition: 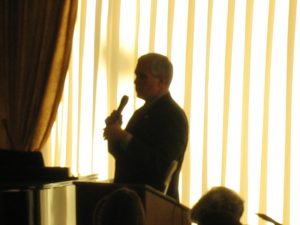 The eminent and celebrated E. Thomas Kemp points us to a wonderful and clever use of news aggregation and weblog technologies, Plogress. Using Perl and WordPress, the apparently anonymous administrator has created a site that sucks data out of the Library of Congress and displays a blog of the doings of individual Senators and Representatives. Now I can keep an eye on Mike, Richard, and Evan through my RSS newsreader! I'm sure they all read my blog, right?