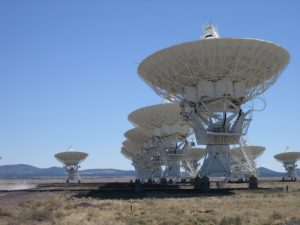 Though, when I asked my question of him, he wasn't so into the shaking things up bit:

Scott: "I'm glad you asked because we're actually interviewing over the next few weeks - we're going to be interviewing five of the independent presidential candidates. And forgive me but I'm drawing a blank on all of their names [crowd laughter], but I guarantee you I will know their names by the time I actually have to interview them. But, umm, obviously Ralph Nader and Bob Barr, but, um, it's also the Constitution Party....I forget. Sorry. Um, we'll be interviewing all of them, but I don't think that's going to be done by a lot of the other members of the news media.

There's a finite hole. And I recognize that this has sort of a self-fulfilling effect. Um, I'm going to make up a number, but if you have an independent, a non-major party candidate for president, unless they do get some exposure, they're likely to remain professionally non-major. And from the standpoint of news organizations, they're saying to themselves 'well, why are we spending twelve minutes interviewing this man or woman,' - uh, Cynthia McKinney is another person we're interviewing - 'about whether or not they're going to become president?' - Because I guarantee you, they're not! - 'So, why are we taking airtime that we should be using to explore the positions about the other candidates that are much more pertinent to the campaign or, for that matter, the financial crisis, the war in Afghanistan?'

It's a finite news hole, and those decisions are not easily made. When you have a third party candidate with the resources that someone like Ross Perot has, then you get a lot of coverage because they're perceived to be a threat. Of course, when he didn't get that many votes, he complained about the same thing, and he might have even been right.

But in our own small way, we're trying to do that. Because, as I said in our editorial meeting, the non-major - and I'm sorry for that cumbersome construction - the people running for President not as Republicans or Democrats are nothing if not people who are serious about their ideas. And I think the American public deserve whatever chance our show has to give them that chance to put their ideas before our slice of the country. So, I'm glad to do that. But I guarantee you we will be criticized by people who consider it to be a misuse of our time."

Well, okay, if you say so. In any case, it was good to see Mr. Simon in person and get a sense of him, I'm sure it will only enhance my experience of hearing him on the radio.

Last night I went to a talk in Indianapolis by Dave Isay, founder of the StoryCorps project. If you listen to NPR at all you've probably heard the audio segments they produce: interviews of everyday people, usually by someone they know, about their life experiences. The stories generally speak to some universal human truth, and as Mr. Isay said several times, tend to be much more authentic than the stories we're told by television, movies, and other parts of our culture.

The talk was interesting, but not quite what I had expected - he played several segments that were featured in a book he was selling, and while they were powerful and really engaging, they probably weren't the best use of time. I'd come to hear the context and technical details and "behind the scenes" stories of these stories, and so while Mr. Isay did provide some of that, it wasn't in the proportions I'd anticipated.

It was an especially timely talk since Girls, Inc. here in Richmond was just awarded a major grant from the Wayne County Foundation to do some StoryCorps production about our community - more on that soon.

All in all, it was great to see these two significant players in the world of national public radio take the stage and talk about what they do and what matters to them. As someone who does my own work with audio production and who follows media issues closely, it was a real treat.