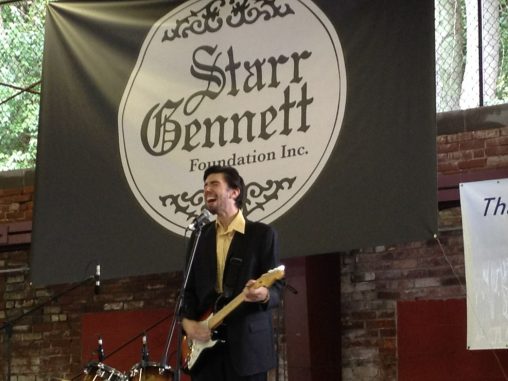 After my post this past weekend about why I think paying for access to local news reporting is worth it, I checked out some of the reasons that people who were complaining about said fees were giving for not wanting to pay.  Chief among them was the argument that "if it's on the Internet, it should be free!"

I hadn't previously thought about how mainstream that line of thinking probably is right now.  But it makes sense.  The dominant business model for so many Internet resources over the last several years has been to give away access to tools, content or other things and then either sell advertising or sell a "premium" version (Wired magazine had a good story on this trend back in February of 2008 if you want to see how much it's taken hold even in that short time).

People are used to learning of some new service or app, putting in their e-mail address and picking a password (if that much), and they're off and running to use the shiny new thing.  Facebook, Gmail, Twitter, Google let users spend all day using up their resources at no charge.  You can download high quality web browsers and entire office software suites for free.  Pandora lets you listen to and discover great music all day long for free.  There are paid apps in mobile app stores, but the free or $0.99 ones get most of the attention. And so when someone took a look at a newspaper trying to charge for access to its content, I guess we can begin to understand why they might say, "I already pay for my Internet access - why would I pay any more on top of that?"  It's perhaps reminiscent of the AOL and Compuserve days of the late 1990s, when one monthly fee did include the dial-up connection itself and all the content you could ever want to consume.

But I think this is a dangerous disconnect that's been woven into the popular understanding of what the Internet is and what resources go into making that thing possible.

I certainly see and hear that manifested on a regular basis in our work at Summersault as website developers.  "Anyone can create a website these days, so why should I pay you people that much money to do it for me?"  Or, "I'll just find a college student to build it."  And I can't count the number of times we've been asked if we could build a site "just like Amazon.com" for a few hundred dollars, taking a moment to collect ourselves before explaining the tens of millions of dollars that Amazon has invested to create their online properties.

If you're a technology worker who builds stuff on the Internet and you're looking to have your time and skill-set valued these days, good luck with that.  Apparently things that get built on the Internet just magically appear now.

This phenomenon might hurt people who build technology tools or generate relevant content, but it certainly hurts those who have come to expect everything on the Internet to be free.  The distorted view of reality in which you are entitled to the things that come to you over a computer screen at no charge will likely be the basis for some painful wake-up calls in other walks of life, and certainly when content providers and tool creators decide to more firmly value their time and effort in a world where the advertising subsidy business model is becoming less and less effective.

(Yes, there are whole other discussion to have about different interpretations of what should be free and what "free" means - gratis versus libre, the ethics of patent law in the context of encouraging innovation, charging for access to knowledge that was previously considered freely available, etc., but that's for another time.)

So, if only as a reminder to myself, I offer a list of a few of the tangible expenditures that go into creating all of these "free" shiny fun things you find on the Internet:

These things and more all take money and time.

A company or website may decide to let you see the end result for no apparent charge, but that doesn't mean that there aren't thousands, millions or billions of dollars at stake.

If we're to keep building an economy and future on top of those activities, I think we'd do well to make sure the average Internet user is more aware of that.