As I've occasionally done here in the past, I'll be sharing my thoughts about Richmond news, politics, leadership, community life and more. It's a simple site. The name is kind of boring. I've no ambition for it beyond having a place to write with a more narrow focus on a topic that's important to me.

Sometimes I'll cross-post those essays here or tweet out links to them, but usually I won't. I'll continue to post here about all the other random stuff I enjoy writing about, but the posts about local stuff will go in this new site.

So, if you'd like to follow along with my posts about Richmond, I hope you'll use the email or RSS subscription options on Richmond Matters. I'd enjoy having your feedback and comments along the way.

Five years ago this month I launched the community improvement website RichmondBrainstorm.com. The site allowed users to submit ideas for ways to make Richmond, Indiana a better place, allowed other users to discuss and vote on those ideas, and shared success stories of ideas that had been implemented. I created the site because I think it's important for a given community to shape its own course for the future instead of waiting for solutions from state and national governments, and because I was tired of hearing good, creative ideas from others that never seemed to get the attention or visibility they deserved.

In the time since, some 86 community improvement ideas were submitted and discussed, and a number of the ideas became real projects that were implemented. The site got over 140,000 visits from around 45,000 unique visitors. I've also received contact from people other communities around the country asking for help to create a similar resource in their city, and so the idea of an online community improvement idea inventory seems to itself have become an idea worth spreading.

But, after an initial period of significant activity, the Richmond Brainstorm site had become largely dormant, with no new ideas submitted to it in close to a year. Over the years I've regularly talked to local community development organizations who have said the concept of the site is an exciting one and could even be integrated into their own efforts at prompting further conversations and action, but as yet Richmond does not seem to be a place where most of those kinds of conversations want to happen online, for better or worse. That combined with the time that it takes to keep the site's software current, deal with spammers and perform other administrative tasks has begun to outweigh the value that I think RichmondBrainstorm.com is currently bringing to the community.

So, as of today I'm shutting the site down.

END_OF_DOCUMENT_TOKEN_TO_BE_REPLACED

An article in today's Palladium-Item quotes the U.S. Census Bureau statistic that "7.9 percent of Wayne County residents have a four-year college degree. The state average is 14.6 percent."

I wholeheartedly agree with the article's point that the community needs to address 'brain drain' and improve our education situation. But I was troubled to read that the number of residents with a four-year college degree or better are that low, and at least with some initial research, it appears they may not be.

I'll reach out to the Palladium-Item to see if I can get more information about the source of the stats.

UPDATE on March 18th: Louise Ronald at the Palladium-Item helped clarify the discrepancy, noting that the original percentages in the article were from the EDC's strategic plan, and that

In a guest column in today's Palladium-Item, Richmond Power and Light missed an opportunity to engage in a meaningful discussion about the future of energy and power generation in our region.   Instead, General Manager James French took the unfortunate approach of appealing to ratepayer fears about increased energy costs or drastic lifestyle changes, and the politicization of U.S. energy policy.

If President Obama’s plan is enacted, every flick of a light switch, every running of an air conditioner and every spin of your dryer will cost you more and at the expense of manufacturing jobs in the United States.  Consumers will be faced with either paying more for their bill or doing without several of their everyday conveniences.

Scientific, economic and environmental data all point clearly to the ways in which coal-based power generation is not sustainable, and perhaps more importantly, the public health and environmental risks that it increasingly poses.  As the Obama administration and many other public and private organizations try to work toward policies and practices that are sustainable and practical, it's important to make sure we're talking about the real facts and options in front of us, and to make sure the public is educated about those along the way.

END_OF_DOCUMENT_TOKEN_TO_BE_REPLACED 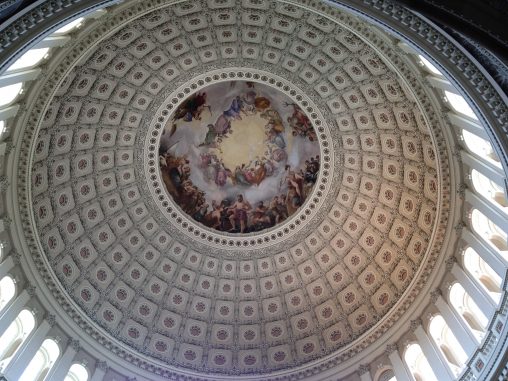 END_OF_DOCUMENT_TOKEN_TO_BE_REPLACED

A month ago I blogged about some specific examples of what it would mean for local government and related organizations to be more transparent in their operations.  I also sent a copy of my remarks to nine local elected officials asking for comment, and only two replied.

But, there have been a couple of noteworthy developments since that post:

END_OF_DOCUMENT_TOKEN_TO_BE_REPLACED If you live in or near Richmond, Indiana, it looks like you picked the wrong year to stop sniffing glue. (Does anyone get Airplane! references anymore?)

Have you ever scored yourself on the Holmes and Rahe stress scale, which measures your personal stress based on which of 43 major life events (death, divorce, job change, etc) have happened to you in the past year? It's an interesting scale because it recognizes that significant life change - positive or negative - brings with it an increased potential for illness and possibly other problems.

I think if we were to do a similar scoring of events in the life of a midwestern city, Richmond, Indiana would be somewhere in the "freaking out" to "going ape-shit" range. I dare say, we're a city in distress.

Even beyond what's happening at the state, national and global level - economic turmoil, war and other violence, toxic political races, Charlie Sheen's career, etc. - I suggest that the last year in the life of our community has been an unusually tumultuous one here.

Just a partial list of some major events I've observed in the recent life of Richmond in no particular order:

END_OF_DOCUMENT_TOKEN_TO_BE_REPLACED Last month I received an anonymous and wide-ranging letter in the mail about the state of affairs in Richmond, Indiana, addressed to "Positive Place Committee, Madame Mayor, Richmond and Wayne County Government Officials, Palladium Item Advisory Board, and Leadership pundits."

I take it that I received it because I'm on the Palladium-Item's community editorial advisory board (though I would much rather reside in the 'leadership pundit' category because it sounds cooler).  The letter was mailed on May 15th, and was sent via USPS to an incorrect version of my office address, but made it to me anyway.

END_OF_DOCUMENT_TOKEN_TO_BE_REPLACED A year ago I blogged about the $5 million dollars that Richmond had available to promote high-tech business growth in our city.

An article in Sunday's Palladium-Item reports that the City of Richmond is proposing to use the funds to purchase 14 acres of land and buildings on the city's northwest side, which they will use to create a space for technology entrepreneurs.

For the record, as someone who created a technology business in Richmond, I'm against this use of the Certified Technology Park funds as it's currently described.

There are a lot of things that technology entrepreneurs in our community could benefit from, but a new physical space is generally not one of them. There are myriad available buildings already suitable for businesses of all kinds - retail, office, manufacturing, etc. With the advent of cloud computing, global distribution systems and other niche service providers, few tech start-ups have specialized space needs.

Not the least of the existing structures is the Uptown Innovation Center, originally designed and built to - you guessed it - house technology entrepreneurs looking for space to get their business up and running. I supported that effort and it's a great space with some great possibilities, but as far as I know, that building has not exactly operated at capacity in its lifetime, and when it has come close it's not been with high-tech businesses.

END_OF_DOCUMENT_TOKEN_TO_BE_REPLACED So, while I've no illusion that any definition I suggest here will be broadly accepted, I think it's worth trying to clear away some of the fog about what kinds of transparency we (those whose futures are intertwined with that of the city) could expect and ask for from our leaders.  I also think it's worth taking stock of how well Richmond leaders are doing at being transparent.
END_OF_DOCUMENT_TOKEN_TO_BE_REPLACED