Five years ago this month I launched the community improvement website RichmondBrainstorm.com. The site allowed users to submit ideas for ways to make Richmond, Indiana a better place, allowed other users to discuss and vote on those ideas, and shared success stories of ideas that had been implemented. I created the site because I think it's important for a given community to shape its own course for the future instead of waiting for solutions from state and national governments, and because I was tired of hearing good, creative ideas from others that never seemed to get the attention or visibility they deserved.

In the time since, some 86 community improvement ideas were submitted and discussed, and a number of the ideas became real projects that were implemented. The site got over 140,000 visits from around 45,000 unique visitors. I've also received contact from people other communities around the country asking for help to create a similar resource in their city, and so the idea of an online community improvement idea inventory seems to itself have become an idea worth spreading.

But, after an initial period of significant activity, the Richmond Brainstorm site had become largely dormant, with no new ideas submitted to it in close to a year. Over the years I've regularly talked to local community development organizations who have said the concept of the site is an exciting one and could even be integrated into their own efforts at prompting further conversations and action, but as yet Richmond does not seem to be a place where most of those kinds of conversations want to happen online, for better or worse. That combined with the time that it takes to keep the site's software current, deal with spammers and perform other administrative tasks has begun to outweigh the value that I think RichmondBrainstorm.com is currently bringing to the community.

So, as of today I'm shutting the site down.

END_OF_DOCUMENT_TOKEN_TO_BE_REPLACED In September of 2006 I announced the launch of ProgressiveWayneCounty.org, a website dedicated to   promoting and chronicling the progressive efforts of individuals, organizations and businesses in the Wayne County, Indiana area.

I'm shutting the site down here in April of 2013 for a couple of reasons:

For one, it's been over a year since the last content update to the site.  Some of the old content has even become confusing to users looking for recent versions of past events.  Over the years I've tried various methods for keeping the site up to date and current: trying to post a lot of stuff myself, soliciting area organizations to post content, asking volunteer editors to write posts, paying people to write for the site, and others.  That's not to say that there weren't times when the site was chock full of useful info, but just not in a sustainable way.

END_OF_DOCUMENT_TOKEN_TO_BE_REPLACED As a fun project a few weekends ago, I created the website 47374.info.  It automatically pulls together news and headlines from a variety of different news sources in the Richmond/Wayne County Indiana area.

The site has a simple display of those headlines that's automatically updated as they're made available throughout the day, and you can click on them to go read the original content on the source site - that's about it. There's a mobile-friendly version at http://m.47374.info/ and you can also easily see some recent local tweets from Twitter.  The site's still officially in beta but I've gotten some great feedback from test users so far.

I created 47374.info because I was tired of looking in a lot of different places to see what's making news in my community, or wondering if I'd missed something that was only announced on the very transient Twitter.  Some news sources have lots of content but make getting to it hard or leave certain key things out.  Other sources have a few juicy nuggets of relevant content once in a while but don't make updates available via RSS feeds, so you never quite know how often to check back.

So with the magic of WordPress plus some custom Perl scripts, I've restored some sanity to my news-reading time.  For the first time in a long time, I've set a website (instead of a blank page) as the default "Home" page that opens when I launch my browser.  Over the last few weeks, it's meant I'm more aware of community news, and I spend less time per day getting there.

Thanks to all of the local news/headline/event publishers that work to keep our community informed!

This is a republishing of a series of blog posts looking at the pal-item.com Terms of Service, discussing what they actually mean and how they might impact your use of the Palladium-Item website.  (The Palladium-Item is Richmond, Indiana's daily newspaper.)  You can view the original posts where they appeared on the Pal-Item site: Part 1, Part 2, Part 3.

The pal-item.com Terms of Service (TOS) are the policies and terms that the Palladium-Item and its parent corporation, Gannett, have set forth for the use of their website at pal-item.com.  When you visit the site in your web browser, you are subject to those terms.  Opinions vary about whether the TOS can be considered a legal contract between you and the Palladium-Item, and how enforceable the terms might be.  But one thing is clear: as websites like pal-item.com become more interactive and encourage more user submission of content, it’s in your best interest to understand these terms and how they affect you. END_OF_DOCUMENT_TOKEN_TO_BE_REPLACED

END_OF_DOCUMENT_TOKEN_TO_BE_REPLACED 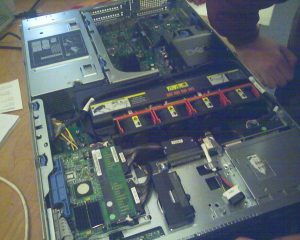 Perhaps one of my biggest concerns about working in the Internet industry and website development in particular is my participation in a cultural shift whereby people are now not only just able but clearly expected to look for and find online the information they need to live their lives. Where as it used to be the case that referring someone to your website was a way to complement information you were already giving them, or was just one method of contacting you, the display of a web address is now often the only way that many businesses and organizations make their products and services available. The unfortunate reality is that this is no longer confined to promoting the luxuries and accessories of an upper- or middle-class lifestyle, and it's part of a larger trend of an increasing dependence on highly complex infrastructure to perform basic tasks, fulfill basic human needs.
END_OF_DOCUMENT_TOKEN_TO_BE_REPLACED 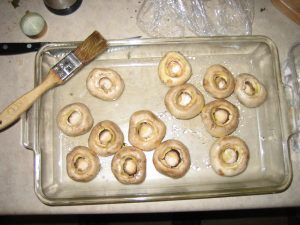 Another stop along the journey of trying to organize all the information in my life, without adding complexity:

I've been ignoring del.icio.us for a while now. I've seen little icons for it popping up on weblogs I read, seen references to it in articles on software and productivity (including one on my own company's weblog), and heard people using it in everyday conversation. But I really didn't understand it, or what it really did, or why anyone would use it. (Plus, it seems like a waste of a perfectly good domain name, icio.us.)

I'm still not sure I do, even after reading the site's own description of what it's for. This is a strange and disorienting place to be for someone whose job it is to have my finger on the pulse of web tech trends. But I'm trying out using it anway, and you can see my Chris Hardie del.icio.us page at http://del.icio.us/ChrisHardie. I guess it's just a list of web pages I've marked for...me? people in my "network"? the world?...to see, with various keywords associated so that I can...have keywords. Ummm, yeah, I think that's it. I kind of like it, but I don't know why.

As a web developer, I often can't avoid viewing every website I visit through that critical and technical lens. As has been the tradition in the geek community for several national election cycles, I thought I would take on a technical review of the websites belonging to the two current candidates for Richmond's Mayoral election, Sally Hutton and Rick Thalls. My analysis will look at graphic design, content structure, and overall usability. Note that this analysis is NOT meant to imply endorsement of either candidates` political views or campaigns as a whole.

END_OF_DOCUMENT_TOKEN_TO_BE_REPLACED

As a part of running a website hosting company, I get to watch a lot of interesting uses of the web go by, especially the one- or two-person operations and personal websites that we host.
END_OF_DOCUMENT_TOKEN_TO_BE_REPLACED