Last Monday I had the opportunity to attend the Indiana University Kelley School of Business's "Business Outlook Panel" during their luncheon stop in Richmond to provide a forecast of the national, state-wide and local economies for 2006. Sponsored by Bank One (er, Chase Bank) and Richmond Baking and well attended, it was an interesting event all around: 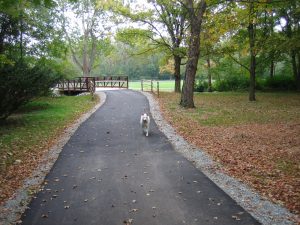 For one, it was attended by 17 young adults from the "Young Adult Professionals" group that's been growing here in town (and with which I'm now involved). I took it from the reactions of the other community members at the event - during and after - that this turnout of younger folk was pleasantly surprising and encouraging. Rob Quigg and the Richmond Baking Company largely made that possible, I believe, sponsoring the costs for at least some of those attendees and rounding us up to get butts in chairs. Thanks, Rob!

Less encouraging was the actual business outlook. In fact, it was pretty bleak all around: the panelists were in consensus that they were "apprehensively optimistic" about our economic future in 2006 and beyond. Okay...but for me it was scary to hear the reasons for their optimism...things like "as long as the price per barrel of oil doesn't go above $70 for very long, we'll be okay" and "as long as there's no real collapse in the real estate market" aren't really factors I want to set store by. In the end, despite some sound logic related to ways that things could get better, they were mostly diagnosing an only mildly candy-coated case of necrosis for the area's traditional economic health.

Even worse: by the format and tone of the event, you'd think we'd been told that help is on the way and everything will be just fine. A charming lunch at the Forest Hills Country Club. Laughter as the panelists made light of their adventures in economic forecasting. Warmth and camaraderie as we swallowed the black pill together and got up to go back to our jobs and lives. There wasn't any sense that "we can do anything about this" or even "we *should* do something about this," just another business networking event. Okay, I know *some* people there were furrowing their brow and sharing some pain with those around them, but in general that's just not the professional thing to do.

As I often am, I was again disappointed by the ever-present premise that everything related to the local economy is largely a factor of external variables and forces well beyond our control, and that it has to stay that way. It's a global economy, let's just huddle in our own corners and wait out the storm. Here we had a collection of some of Wayne County's most invested and "powerful" business leaders, decision makers, millionaires and more...and they were all facing forward, not there to discuss or be inventive, just to get more bad news. Of the 1.5 hours spent, only about 10 minutes were devoted to questions from the audience, which did start to bring up some good topics for further discussion, but then it was over. So it wasn't much of a forum in that sense. I would have given up lunch and taken the day off work if they'd had some break-out sessions or follow-up debriefing or...anything where we could roll up our sleeves. But I guess that on some days we only have time and energy to see the iceberg; reacting is put off for another time or place.

Other random factoids and quotes from the panel:

One thought on “IU Panel's Business Outlook: Charming and Wretched”