In the larger scheme of things this is a relatively inconsequential decision, and one that I may even eventually reverse. But for the benefit of my future self, and for anyone else who's interested, I thought I'd inventory my thinking behind this change:

1. My time spent on Facebook was minimal, especially since I deleted the app from my phone a few years ago. But it was almost entirely time I was not spending on things that actually matter to me. Any effort I put in to keeping up with my feed felt like it was actively distorting my understanding of how the real world works, how people are actually doing and what they're actually thinking and feeling. Even as distractions from the real world go, it was often more unsatisfactory and harmful than helpful.

2. I continue to be uncomfortable with Facebook's "walled garden" model of connecting people, content and conversations. I've nothing against the company or the people who work there, and actually admire their technical innovation, scale and impact on the world. But as someone who genuinely wants to see people truly own and control their online presence, I can't in good faith spend time contributing to something that undermines the open web. When I tried being just a casual observer without engaging, it didn't work. Which brings me to:

END_OF_DOCUMENT_TOKEN_TO_BE_REPLACED END_OF_DOCUMENT_TOKEN_TO_BE_REPLACED

I saw the movie The Social Network tonight, here are my spoiler-free comments.

The movie was incredibly well made.  Aaron Sorkin's writing was as good as the best days of The West Wing, each member of the cast seemed to just nail their role, the editing was some of the best I've seen, and so on.

Perhaps most enjoyably, this is a mainstream movie that is at least in part about the culture and goings-on in the modern world of Internet entrepreneurship, I believe the first of its kind. It fully embraces the geekiness that was and is a part of building a web application like Facebook: in the first 30 minutes, the Apache webserver software project is mentioned at least twice, there are dramatic lines about needing more Linux webservers running MySQL, there are punchlines that involve the emacs text editor, and scenes of glorious code writing marathons - wow.

END_OF_DOCUMENT_TOKEN_TO_BE_REPLACED

If you're new to Facebook, Twitter or some of the other social networking spaces out there, you're probably asking yourself, "what should I expect to see when it comes to the status updates that people post in these places?" Or if you're a social networking veteran, you might still be thinking, "what's my niche online?  How do I decide what to post?"

Well, you're in luck!  I really enjoy cataloging and categorizing these kinds of things, and so I've put together this list of 12 kinds of social networking status updates.

Most every status update will fall into one of these categories:

END_OF_DOCUMENT_TOKEN_TO_BE_REPLACED

If you spend any amount of time following my online adventures - through my blog, Twitter, Facebook, or otherwise - then there are some things you need to know: 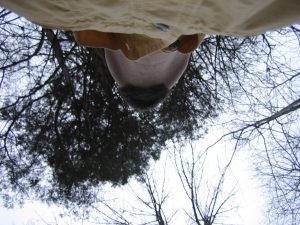 One of the trends that disturbs me about social networking sites and perhaps even online conversations in general is that the experience of interacting in those virtual spaces is seen by some as a substitute for real world experiences and interactions.  Or put another way, it's like we spend more of our time talking about how interesting and good we are at talking to each other, instead of actually talking about something.  I don't say this to discount those who have meaningful online exchanges or who find authentic joy in their online relationships, but I wonder what kind of meaningful definition of humanity we're creating for future generations, when what it has historically meant to "experience the world together" is being replaced with "experiencing Facebook together."

END_OF_DOCUMENT_TOKEN_TO_BE_REPLACED

I've got a few "real" blog posts in the works (instead of random stories about cables installers, ahem), but for now, here are some links of possible interest:

What sites are you obsessing over this week?

I really am sorry, but I can't help but share a few random things about my Twitter experiences lately.  (This blog post will not have any socially redeeming value, and may need to be taken as a cry for help.) 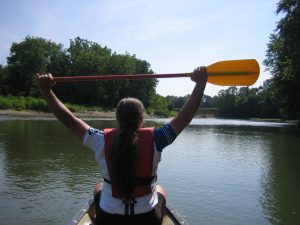 Earlier this year, I kind of made fun of Twitter. And people who use Twitter. I kind of called them things like "insane" and "isolated" and "distracted." I would like to officially apologize to anyone who felt offended by those statements.

All of these things might be true to some degree, but really, at some base level, I don't know why I'm doing it, and I reserve the right to pull the eject handle at any time. But for now - cringe - I'm there.