A few weeks ago I had the pleasure of attending a panel at Silicon Valley Comic Con consisting of various members of the cast of the television show Star Trek: The Next Generation. Brent Spiner, Gates McFadden, Jonathan Frakes, Denise Crosby, Marina Sirtis and Robert O'Reilly were joined by original series cast member William Shatner to talk about the show, their lives as actors, and what the Star Trek universe has taught and can teach us about the real world.

Star Trek cast on lessons to learn from that universe to improve our own: cultural diversity, respecting facts/science, caring for the Earth pic.twitter.com/zb9XdvlUVs

For someone who watched every episode of the show when it originally aired and who has remained a fan since, it was an hour and a half of nearly pure joy. For one, I was just excited to be a part of a whole auditorium full of people reflecting on how much influence the stories, dialogue and creativity of the show had on our lives, the panelists included. Several audience members stood up to say just how strong that influence has been, informing the careers they chose, the people they've become, the kind of lives that they now lead, and I was right there with them.

In watching Star Trek as a young person I remember being invigorated by the complex problem-solving scenarios that the Enterprise crew faced week after week. I learned from the principles of collaboration, mutual respect and cross-species equity that were practiced. I saw strong women in leadership roles, and I saw non-Caucasian characters developed with an unusual (for mainstream TV, anyway) depth and texture. And I was inspired by a vision of the future that offered so many possibilities for exploration, discovery and growth. I'm sure that my real-world evolution as technologist and computer geek was propelled forward significantly by my immersion in that make-believe world of technological wonders.

The panel also highlighted a new angle of my appreciation for the Star Trek universe. I hadn't previously thought about Trek as having a political point of view, because I assumed that the vision of a world where humanity had figured out how to eliminate poverty and hunger, celebrated and built on our various differences, and employed innovation to protect and restore the environment was a vision that anyone would embrace and want to strive for, and not a particularly politically-charged one.

END_OF_DOCUMENT_TOKEN_TO_BE_REPLACED END_OF_DOCUMENT_TOKEN_TO_BE_REPLACED

A few random thoughts on the Superbowl, quite belated in Internet Time:

After the initial total failure of my cable-less schemes for watching the Superbowl online, and the subsequent grumbling trip to an alternate viewing venue, I enjoyed watching the game. I say "enjoy" as in, "it roused the part of me that enjoys the technical aspects of physical competition and spectacle," not enjoy as in, "I really appreciate the Superbowl and what it says about the state of humanity." And I couldn't help but feel pretty dirty afterward.

END_OF_DOCUMENT_TOKEN_TO_BE_REPLACED 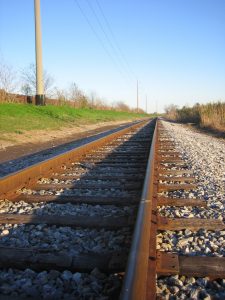 For over a year now, I've been living well without cable or broadcast television in my life.  I thought I would share some thoughts on how that transition has gone, and some pointers to tools and technologies you might be interested in if you're on a similar path.

(Disclaimer: I'm not here to tell you how to live, but my general sense is that the world would be a better place if people didn't spend their time watching television.  Period.  That said, and the reality of TV watching as a cultural norm firmly in place for now, I continue with my narrative.)

The end of channel surfing

The first stage in my transition away from "watching TV" was to get free of the notion that my schedule should ever revolve around the schedule of TV broadcasters.

END_OF_DOCUMENT_TOKEN_TO_BE_REPLACED

About five years ago, it was one of those deals where the cable company gave you a nine hour window in which they would have someone out there to do the installation, and you just sat around and hoped that they showed up at all. I was apparently favored by the cable installer gods that day because the guy showed up within the first hour of the window, AND he was in a really great mood. "Hey, how ya doin, ready to get this all set up for ya..." and so on. "This will be fun," I thought.

"Hey, man, I know this is a strange request, but could I get a glass of water? I just had some really spicy wings for lunch and my mouth is really really dry."  Hmm.

END_OF_DOCUMENT_TOKEN_TO_BE_REPLACED

Until I watched the PBS Frontline documentary On Our Watch, I had only a very general awareness of what people meant when they talked about the conflict in the Darfur region of Sudan. It is sobering and sad to know that that even with all of the news and pseudo-news I follow and the "think globally" circles I travel in, it's still possible to not really know the details of a genocide that has gone on since 2003, killing over 200,000 people and forcing the relocation or outright flight of another 2.5 million people.

If you're more apt to learn and benefit from an hour-long video than you are from 240 Kilobytes of text on Wikipedia, then I commend On Our Watch to you as a great overview of the issue - you can watch it for free online. It covers the origins of the conflict, the horribly lacking role of the United Nations, and the oil interests, global economic interdependencies, and cover-your-ass politics that have allowed other international players, including the U.S., to stand idly by.
END_OF_DOCUMENT_TOKEN_TO_BE_REPLACED

This is an ad for a really great Frontline episode called "The Persauders" - a thoughtful and thorough journalistic look at the world of advertising and how it affects us at all levels. It covered a wide variety of perspectives, from advertising executives to media experts to sociologists to counter-cultural ad-busters. Quote from interviewee Mark Crispin Miller: "Once a culture becomes entirely advertising friendly, it ceases to be a culture at all." There's an interesting segment about how one firm interviewed cult-like groups of people (including Linux users and WWF Wresting fans) to craft the campaigns for brands like Nike and Apple. I guess if you can figure out what makes people loyal to a cult, you can get them engaged in your products and services.

The downside of the piece is that the reporter seems to let himself be convinced in conclusion (with snappy upbeat music in the background to reinforce) it's a good thing that "once the market becomes the lens through which we see the world, there's no us and them any more. We're all persuaders." I would probably disagree that this is a good trend.

You can watch it online on the PBS website, and the site includes a teacher's guide and related discussion area. Enjoy.

I enjoyed attending the premier party tonight at WCTV, Richmond's local public access cable television station. As I've encountered the station over the years I've come to appreciate that it's another amazing (but underutilized and oft-overlooked) resource that sets Richmond and Wayne County apart. Three stations with a diverse lineup that ranges from government meetings to church services, free-form poetry to public health info - high-quality production studios, a highly professional and knowledgeable staff, and a huge pool of willing volunteer producers...cool stuff. (Evan and I took the producer training course there a while ago and had high hopes of working on a few different programs, but they still haven't materialized as yet.) It's also a glaring omission from my post on public dialogue in Richmond; surely the existence of this resource provides endless opportunities for improving the quality of the conversations we have and what we learn about our each other. I hope with the station's recent rejuvenation in staff and programming, it comes to be appreciated for the gem that it is and can be.

For the last several weeks I have been participating in a broad stroke study of law enforcement practices on city streets across America. I have done ride-alongs with police officers from coast to coast - Portland, Oregon to Austin, Texas to Cincinnati, Ohio to Philadelphia, Pennsylvania. These ride-alongs are usually in the form of 22 minute segments during which I am transported to the ride-along locations using a technology called "Court Television." As the ride-alongs start to blur together and the study comes to a close, I thought I would share some of the conclusions that have come out of the experience, in no particular order:
END_OF_DOCUMENT_TOKEN_TO_BE_REPLACED

It excites me much more than it should that I've found him after all these years: Ashton Smith. You know, the guy. The guy with the voice. The guy with the voice that narrates over almost every movie trailer, commercial, television show promo, and network news teaser that we see/hear. I didn't think it was possible that it was all the same guy, but it is. Ashton instills solemnity and foreboding into every word he speaks. And yet, he has the tender inflection that can make us rush out to spend money anticipating the best love stories of summer films. Ashton, send me a CD of your greatest hits! Better yet, do my voicemail greeting?