Life's too short. E-mail messages I tend to delete without reading (other than obvious spam):

I've upgraded the WordPress software powering this blog to a more recent version, and added a few more ways to interact with my posts at the same time:

There ya go. Let me know how this stuff works for you; as always, this space is a work in progress. 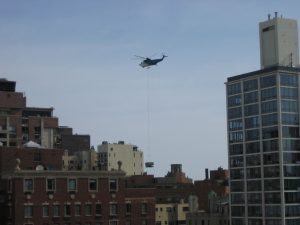 People sometimes ask me how much I think "The Government" is really listening in on our phone calls, e-mail messages, web browsing, text messages, and other forms of communication. I still apparently surprise people with my answer: for the purposes of my day-to-day life, I assume that every communication I send or receive using an electronic medium is monitored and recorded by someone else. And I'm not just talking about watching some rough meta-information go by and trying to deduce what we're up to - I'm talking about full access to the content of every single communication, in real time.

Recent media reports, including a March 10th article in the Wall Street Journal, show us how much information spy agencies are allowed to legally collect and monitor:

Just a few minutes before it happened, I had said, "You'd think people would pay better attention to what's going on around them on the road." We were barreling west on I-70, heading to a wedding in southwest Indiana, and I'd just watched the second police car in a row with its lights and sirens at full blast trying to get by a driver ahead of us who wasn't checking their rearview mirror enough. We didn't know what was up ahead, but I didn't have a good feeling about it. Perhaps in my own nervousness about what was in front of us, I apparently also stopped checking my rearview mirror frequently enough, because the next time I looked at it, there was a third police car right behind us, lights and sirens blaring, trying to get by. Not good.

A few miles up the road, the traffic in the eastbound lanes across the median were going very very slow. And not because of any apparent wreck or other barrier. We were trying to figure that out when I saw more lights up ahead - brake lights, flashing red and blue lights, and glints of sunlight off of surfaces that were moving in directions and patterns that just didn't seem right. A cop cruiser cut dramatically across the median, and then another came back across the other way, also really flooring it. "Uh-oh," I said. The cars ahead of us were coming to a full stop. Then we saw the white van weaving in and out of the traffic ahead, and then it was coming toward us on our side of the road, twisting and turning on and off of the pavement and grass.
END_OF_DOCUMENT_TOKEN_TO_BE_REPLACED

These "links for the week" posts are a lame substitute for real blog posts, but I hope you enjoy them anyway. I'm working on some other entries about my experience with "power off day," my preferred task list organization system (it's NOT GTD), the difficulties of personal change in a vacuum, and more on media coverage of energy prices - so stay tuned. But for now:

I'll be speaking this Saturday the 17th at a free event held at Morrisson-Reeves Library, on "The Internet as a Political Tool" - how the Internet continues to change the world of politics and what it means for local citizens. The talk starts at 10 AM in the Bard Room. If you're interested in politics and technology, please come and join the conversation! For more information, you can check out the flyer on the Morrisson-Reeves website.